Lewis Hine grew up in Oshkosh, Wisconsin. As a young man he had to provide for himself, and his employment at a furniture factory provided Hine with first-hand knowledge of the harsh realities industrial workers faced.

Eight years later he enrolled at the University of Chicago, where he met Professor Frank A. Manny. Hine followed Manny to New York in order to teach at the Ethical Culture School and continue his studies at Columbia University and New York University.

While teaching at the Ethical Culture School, Hine was introduced to photography. From 1904 and until his death, he documented a number of communities both in the United States and in Europe. In 1906 Hine was hired as a photographer and fieldworker for the National Child Labor Committee (NCLC).

Hine infiltrated American factories undercover, disguised as for example a Bible salesman or a postcard or industrial photographer. His investigative methods were based on photo documentation and interviews. Along with the NCLC he strove to put the working conditions for two million American children on the political agenda. The NCLC has later stated that Hine’s photographs were decisive for the adoption of a federal law in 1938 concerning child labour in the United States.

In 1918 Hine left the NCLC to assist the Red Cross in their relief efforts in war-torn Europe. He soon returned to the United States to set up shop as an independent photographer. One of Hine’s last major projects is the Men at Work series, published as a book in 1932. An homage to the workers who were building the country, the book documents for example the construction of the Empire State Building.

In 1940 Hine died suddenly after several years of economic hardship and little work. Even though interest in his photographs was on the rise, it was not until after his death that Hine was elevated into the pantheon of the all-time great photographers.

Look at some more photographs at Preus museums Flickr-page: 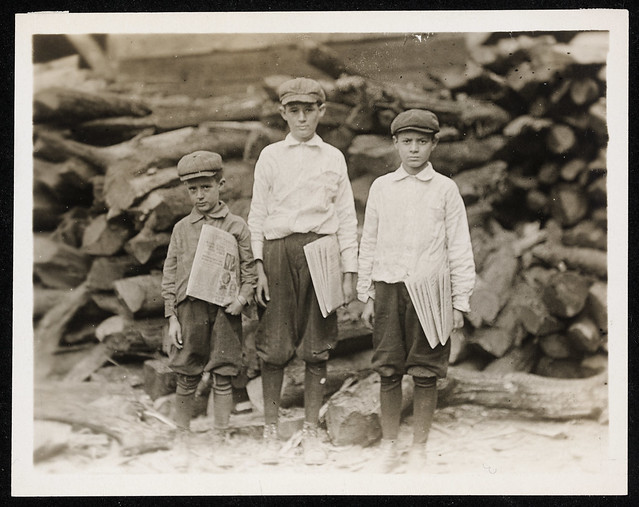 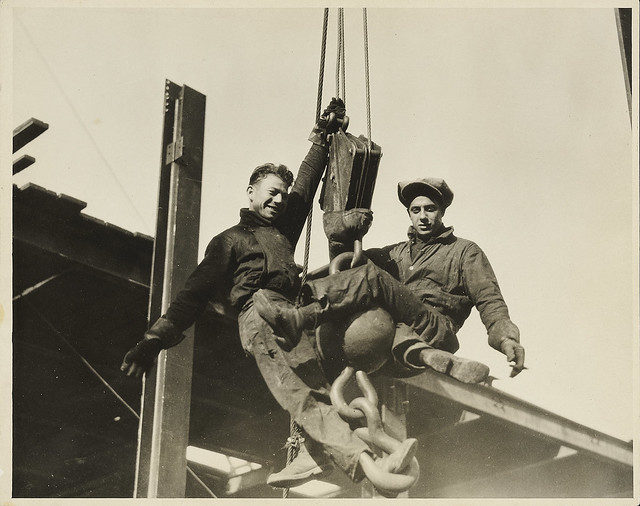 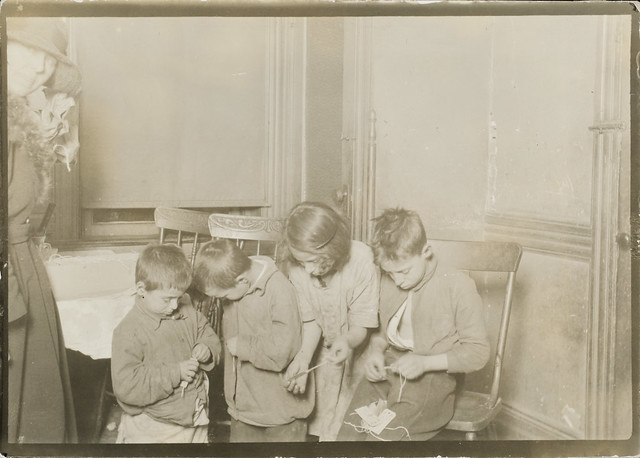 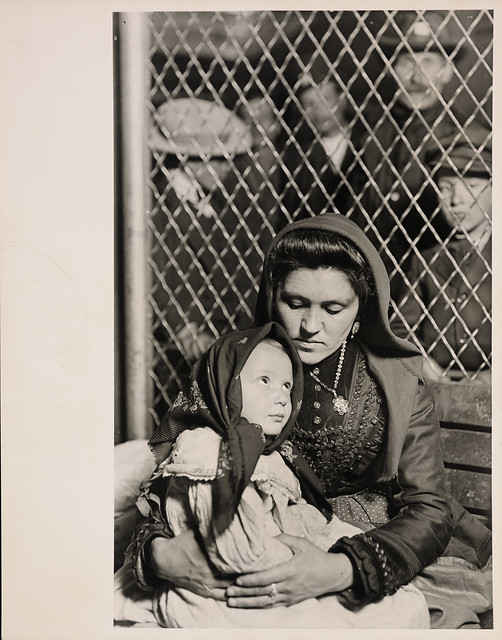 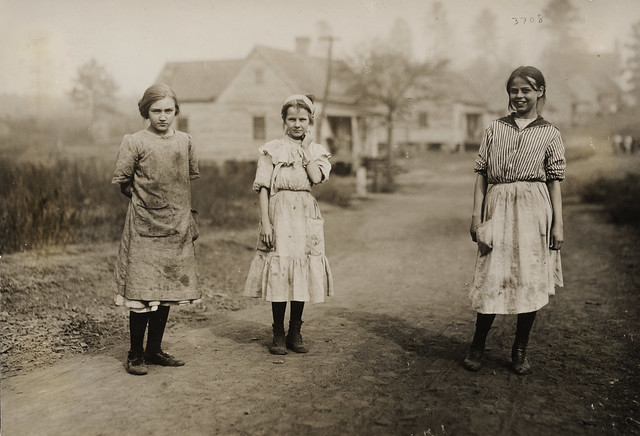 Young girl working at a knittingmachine at Cherokee Hosiery Mill. Rome i Georgia, USA 1913. All these are workers in the Cherokee Hosiery Mill, Rome, Ga. Noon, Apr. 10, 1913. The youngest are turners and loopers. Other Hosiery Mills around here employ children of 8 and 9 years. Some of these appear to be as young. Location: Rome, Georgia. NMFF.001733

Portrait of three women and a baby. Just arrived to Ellis Island along with  hundreds of other immigrants that day. In search of a better life. USA 1905.
This image, an iconic and evocative mother and child image, portrays the uncertainty of arriving in a strange land, and a mother's need to ensure the safety of her child. These people were amongst the hundreds to arrive at Ellis Island that day – and one of thousands that arrived in the early years of the new century, looking for a better life in a new country. Hine’s determination of depict their individualism however, is unwavering.