Julia Margaret Pattle was born in India in 1815 as the daughter of an officer in the Bengal Civil Service.

She married Charles Hay Cameron in 1838. She relocated from India to Kent, England, in 1848, when her husband retired. Two years later, the couple moved to London, where she began training with the illustrator George Fredrick Watts. In 1860 she moved to the Isle of Wight while her husband returned to India, and on that occasion her daughter gave her a camera as a means for her to pass the time. Cameron quickly became interested in photography, and after a while she converted the coal cellar into a darkroom. On the Isle of Wight she met Alfred, Lord Tennyson, and from 1870 to 1875 she made pictures that illustrated his poetry collections, such as Maud and Idylls of the King.

She photographed many of the prominent figures of her age, among them Sir John Herschel, Robert Browning, and Charles Darwin. Cameron was a member of the Photographic Society of Great Britain, held several solo exhibitions (for example in London at the French Gallery in 1866 and at the German Gallery in 1868), and sold her pictures through her dealer P. & D. Colnaghi and Co.

Her subject matter is often religious or allegorical in nature, and she also did portraits. Her work evinces a clear inspiration from the contemporary painting of the day, such as the Pre-Raphaelites and artists such as Dante Gabriel Rossetti and George Frederick Watts. She believed that her task as a photographer was to reveal how beauty, intelligence, and spirituality are manifested in human faces. Cameron was an important inspiration for later generations. 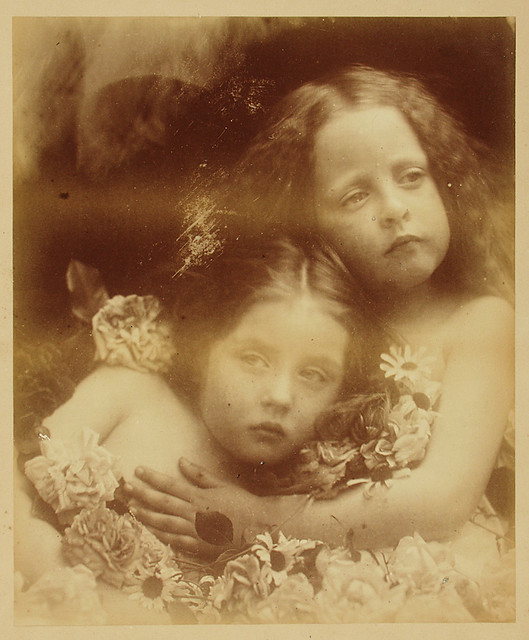 Portfolio from the book Idylls of the Kings 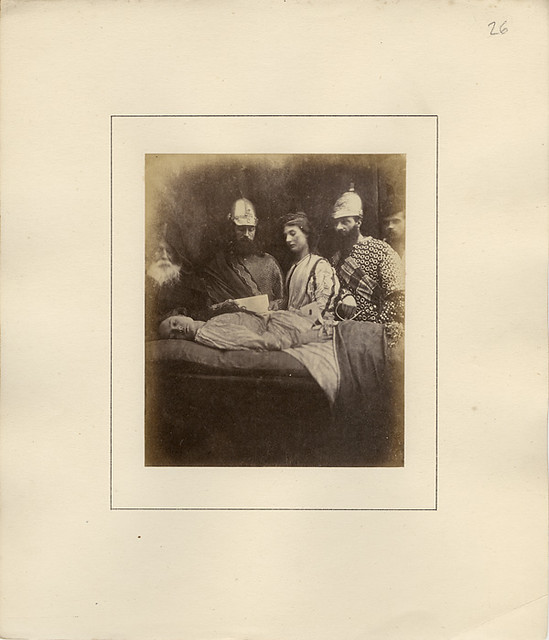