Heinrich Karl Hugo Bürgel studied philology at universities in Munich, Copenhagen, and Leipzig before he obtained his PhD in 1903.

In 1905 he moved to Sweden. Two years later he became a Swedish citizen, and in 1915 he changed his name to Henry B. Goodwin. In Sweden he first gained employment as an assistant to a professor in German at Uppsala University, where he worked until 1909, when he moved to Stockholm to work as a dictionary writer for Norstedt & Söner.

Goodwin had been fascinated by photography since 1900, and he is said to have trained under Nicola Perscheid in Leipzig. He was profoundly interested in the creative opportunities afforded by the photographic picture.

Even though he was more expensive than his competitors, he acquired a large and well-known clientele.
Goodwin learned the bromoil and carbon print techniques from Perscheid, but it was Alvin Langdon Coburn who really influenced him. Goodwin also adopted Coburn’s concept of “camera pictures” instead of photography and was a champion of Scandinavian pictorialism well into the 1920s. During a trip to Germany he became acquainted with the New Objectivity movement, something that both induced him to change his style and to explore new subject matter. 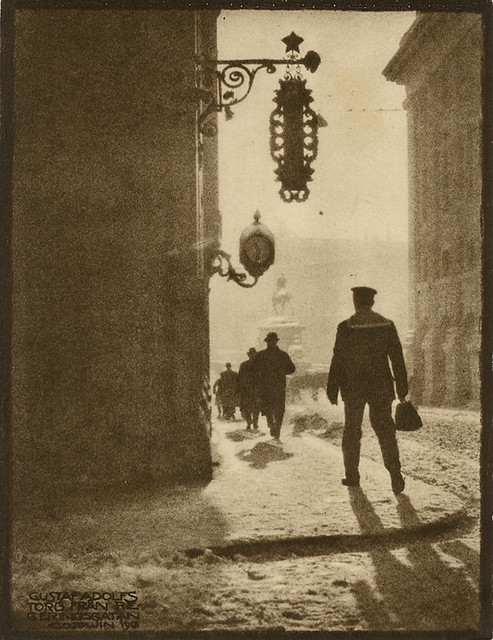